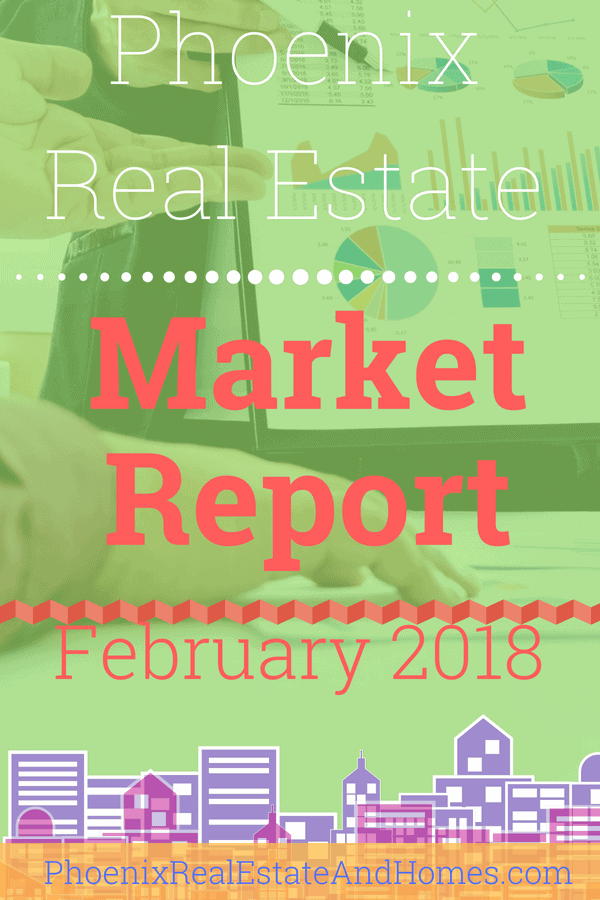 Here’s a look at the Phoenix Real Estate Market for February 2018.

Let’s take a closer look at what has happened so that you can make your best real estate plans possible.

See what’s happened in month’s past.

Get into the nitty-gritty.

Lets’s find out where this crazy housing market is headed.

Inventory is down by 13.4%. We had 19,863 properties for sale this time last year and currently carry 17,211 active and available residences for sale in the Phoenix Metropolitan area. The jump average sales price is no surprise with the decreased inventory.

It went from $146.73 to $160.66. That’s a 9.5% change to the positive. All this is good news for sellers and points to a continued seller-friendly market. Buyers, however, will have to compete even more in order to snatch up their dream home.

All but two of the 41 cities noted in the table to the left have a positive change in the percentage of the price per square foot as compared to last year.

The two exceptions are Carefree which went down by 5.1% and Tonopah which slid by 2 percentage points.

The largest gains were seen in Coolidge and Wickenburg which rocketed up an amazing 18+%.

Other notable gains were made in more of the outlier cities like El Mirage, Apache Junction, Eloy, and Arizona City which all eclipsed the 10% mark.

The larger cities closer to the center of the metro saw increases to, but most were well below 10%.

Phoenix, Chandler, and Gilbert were all hovering close to 5% over the same time last year.

Would you think that prices will continue to favor the sellers into 2019? The numbers should give us a glimpse into the future of the Phoenix real estate market.

2018 appears to be continuing to be a seller’s market. Inventory is down, and interest rates will be on the rise. 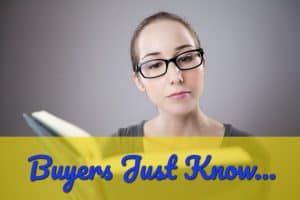 In fact, rates, have already seen substantial change and have not slowed the interest.

It seems that buyers innately know that sub-5% rates are still ridiculously low and may not hold into 2019.

👀 A Look at the Condo Market 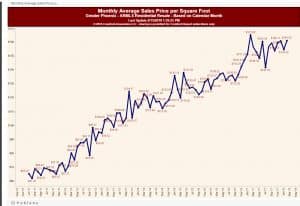 Condo’s in the Greater Phoenix area are increasing in value too.

The graph to the left shows the changes in the average price per square foot over the last 8 years.

Each dot on the graph line represents a month.

As you can see the condo market prices have more than doubled during that time.

This is certainly true for popular communities like Biltmore Courts in the 85016 zip code.

🔢 What Does this Data Mean for Phoenix Real Estate? 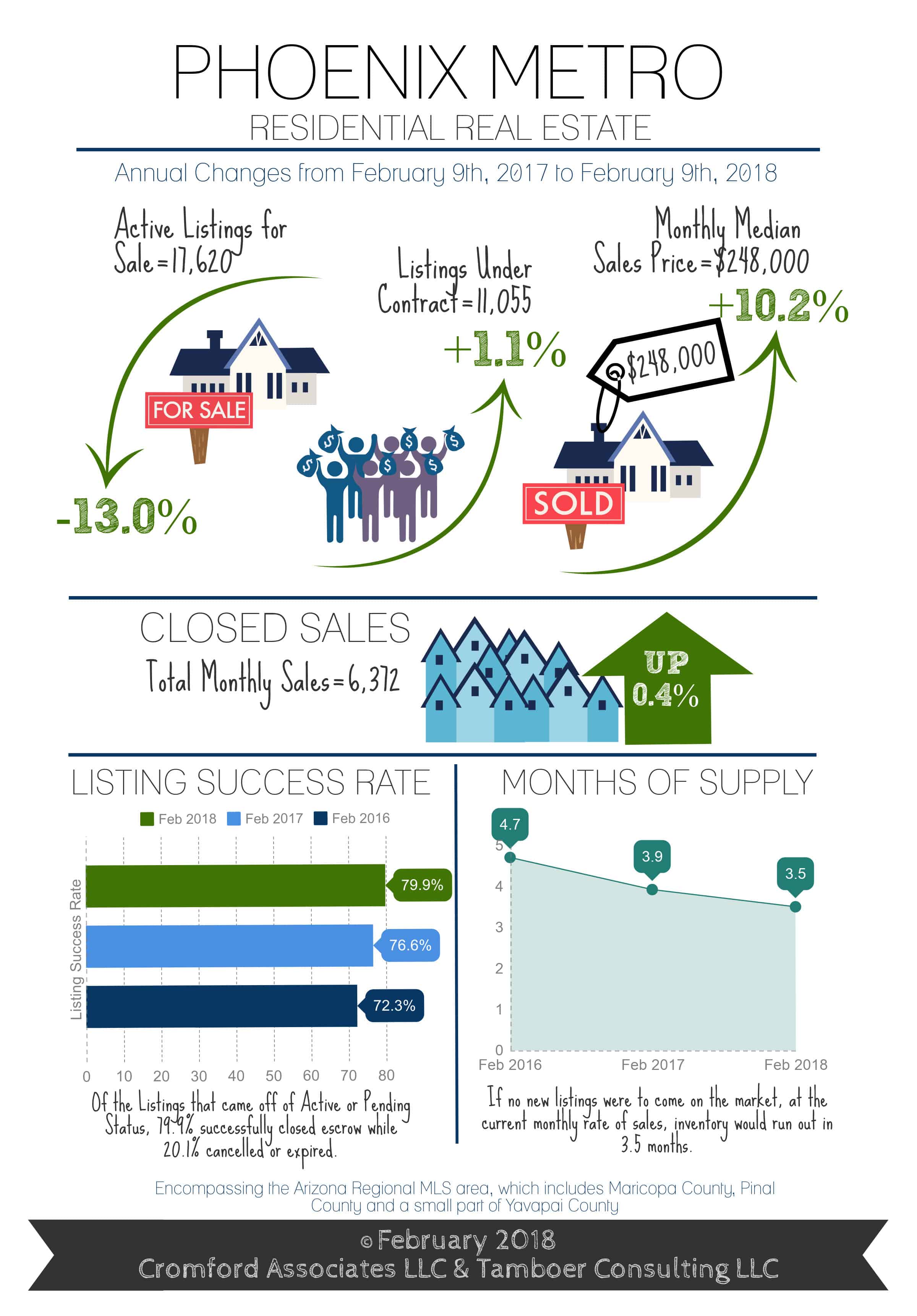 The Metropolitan Phoenix real estate market is more stable today than in previous eras. Homeowners are enjoying appreciation. Buyers are jumping into that equity pool too. Within a year or two most homebuyers have seen the kind of gains that keep them smiling.

The number of closed sales arrowed up to .4% compared to last year at the same time in February.

The length of time that it sould take for the current inventory to be absorbed is 3.5 months based on current buying trends.

🕵️‍♀️ What does this mean if you’re buying a house in Metropolitan Phoenix?

This means that buying a home, townhome, high rise, condo, or land in Phoenix is going to require your competitive spirit.

The second home buyer and investor have come to town with cash to burn. They’re buying, and they’re buying more than they have in years. With investor and second home cash purchases up this presses down on inventory supply.

We are likely to notice a shrinking availability of properties priced below the ever popular $200,000 threshold. The first time home buyer age will likely increase as younger income earners are pushed out of the market.

🏡 Greater Phoenix Real Estate Market | How Will This Impact Sellers? 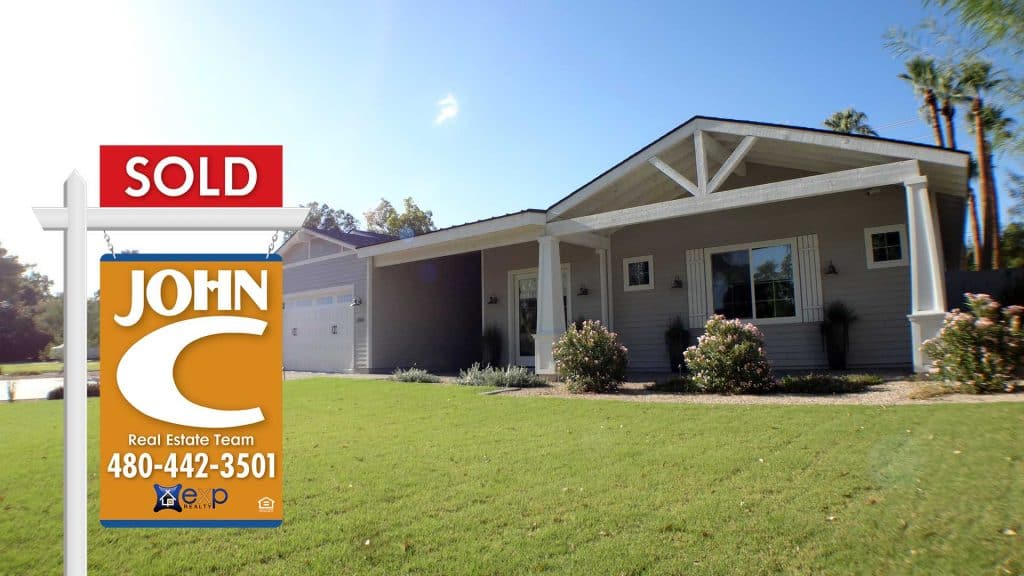 Any homeowner who is thinking about selling their Phoenix Metro property is thinking right. The number of cash buyers is higher than it has been in over three years at 25.3%.

Investors are on the prowl, Individual owner occupants are scrambling to get in before they miss out. Hence, the local sellers market is sitting pretty in the perfect storm with no evidence of a change in weather in the near future.

If you are a seller who wants to cash in you are in a great spot.

As you know interest rates won’t be this low forever. I remember paying 9.5% when I bought my first house and I was happy to get that.

When rates do creep up over 5 percent there will finally be some downward pressure on prices or at least the rate of appreciation.

Wondering what your home might be worth? Find out instantly with our 15-second home value calculator.

Here’s the most recent home listings just added to the database in the average price range for Phoenix. All homes here are priced at $350,000 or less.