Previous Next
Geno’s East – Home of Deep Dish Pizza
No two deep dish pizzas are alike, and although Phoenix does not suffer from a shortage of pizza joints, the deep dish pizza that is served at Geno’s East has its own distinct flavor and texture that is instantly recognizable and different from all the rest.

❓ All about Geno’s East 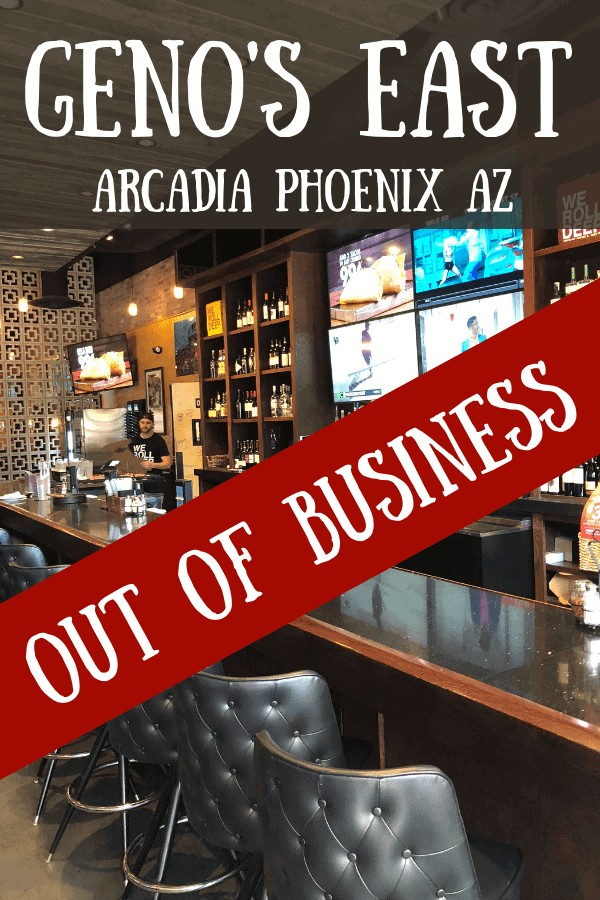 Gino’s East most distinguishing feature is not that its pizza is deep dish, but because it is made with a cornbread crust.

It’s the Cornbread. Cornbread crust is light, crunchy and golden colored dough that is made with corn oil.

Now, at the risk of sounding very corny, I think you’ll dig the crust.

It’s over 2 inches thick and cooked perfectly to a golden brown that makes it crunchy and insanely addicting.

If I asked you to guess how much cheese they put in one of these pies you’d probably never guess.

They put more than a pound of aged mozzarella cheese in that bad boy.

Geno’s East is known for the meaty legend pizza all around the globe.

It has pepperoni, Italian sausage, smokey bacon, and Canadian Bacon.

OMG, one or two slices of this and you’re set for like 72 hours LOL.

The menu at Geno’s East is varied to include deep dish pizzas, thin crust pizza, a variety of sandwiches as well as several salads. On hand is also wine, cocktails, and beer to wash everything down. Celebrating more than 50 years in the business, the Chicago family-owned restaurant has managed to maintain a cult following in Arcadia, despite only being in business for a short while.

Inside, Geno’s East has a spacious dining area that can seat almost 500 people but do not be shocked to see lines forming slowly as people eagerly wait for what has been advertised as the best pizza in Arcadia. Geno’s has a very casual ambiance with walls that are covered with writings, as well as dark comfy booths for sitting in.

The star at Geno’s East, which is the deep dish pizza, is made with Geno’s signature and super-secret recipe dough before it is topped with large amounts of mozzarella cheese, an assortment of toppings, as well as tangy tomato sauce. The combination is then baked slowly in seasoned cast iron pans until the crust attains a rich golden hue. The pizza is served tableside, right out of the oven so that you can enjoy it while it is still piping hot.

Some of the deep dish pizzas to be had include cheese and pepperoni, the meaty legend, which consists of Canadian bacon, Italian sausage and pepperoni, vegetarian pizza, cheese and spinach, as well as the four cheese pizza, which is made with a thorough combination of provolone, Romano, mozzarella and cheddar cheese with a garlic butter base. Additionally, the thin crust options include Bbq chicken and Gino’s east supreme made with mushrooms, green peppers, onions, and pepperoni or sausage.

Hence, much like the iconic pizza that Gino’s has become known for, the Geno’s East location also maintains the same traditions followed by all the other Geno’s locations in Wisconsin, Texas, Chicago, and Mexico City. For instance, guests are typically encouraged to take part in Geno’s longstanding tradition of writing their names on the wall of the restaurant as a way of encouraging the guests to secure a place in Gino’s long and successful history.